For several years, blond hair was attributed to Caucasians but the Melanesians of Solomon Islands are one of the few groups with blonde hair outside Europe.

Melanesians are black island people in the south pacific that migrated over thousands of years ago, long before the blacks that came to the Americas as slaves.

Melanesia is a sub-region of Oceania extending from the western end of the Pacific Ocean to the Arafura Sea, and eastward to Fiji. The region comprises most of the islands immediately north and northeast of Australia, including the countries of Papua New Guinea, Fiji, Vanuatu, Solomon Island, and New Caledonia. The name Melanesia was first used by Jules Dumont d’Urville in 1832 to denote an ethnic and geographical grouping of islands distinct from Polynesia and Micronesia. 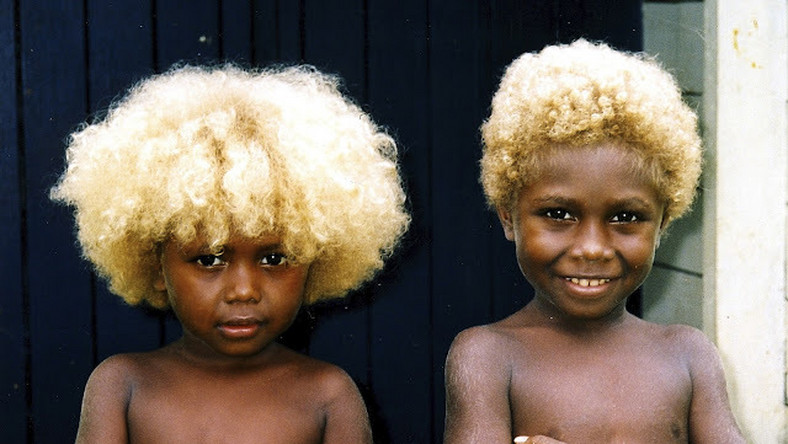 Until recently, the indigenous melanesian people practised cannibalism, head-hunting, kidnapping and slavery, just like the Asmat tribe, but with contact with Europeans, the population is now predominantly Christian. However, more than 90% lead rural lives.

The Melanesian people of the Solomon Islands are the point of interest when it comes to dark skin and blond hair. The Solomon Islands are located in the South Pacific, the very heart of Melanesia, just Northeast of Australia, between Papua and Vanuatu and is an independent state within the British Commonwealth. 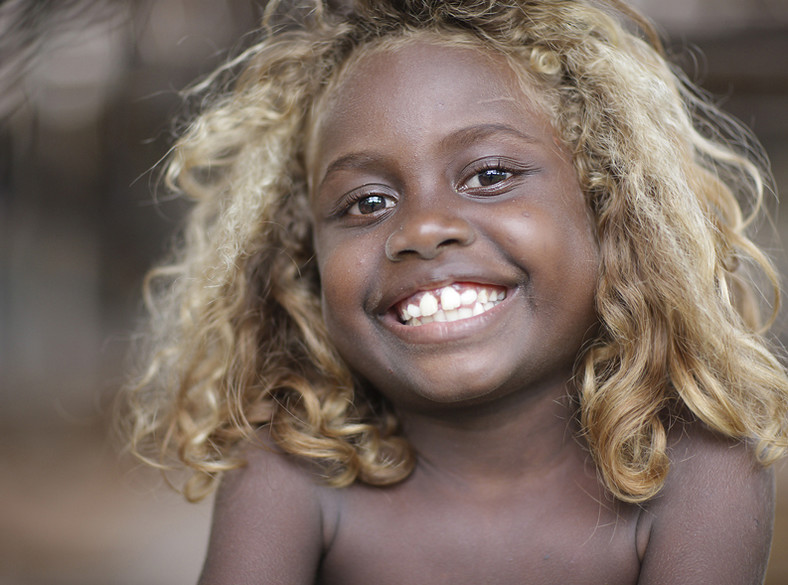 Although the indigenous Melanesian population of the islands possess the darkest skin outside of Africa, between 5 and 10% have bright blond hair.

There have been several theories on how they got their blond hair — from sun and salt whitening, high fish intake, or genetic heritage from mixed-breeding with Americans/Europeans who founded the islands. 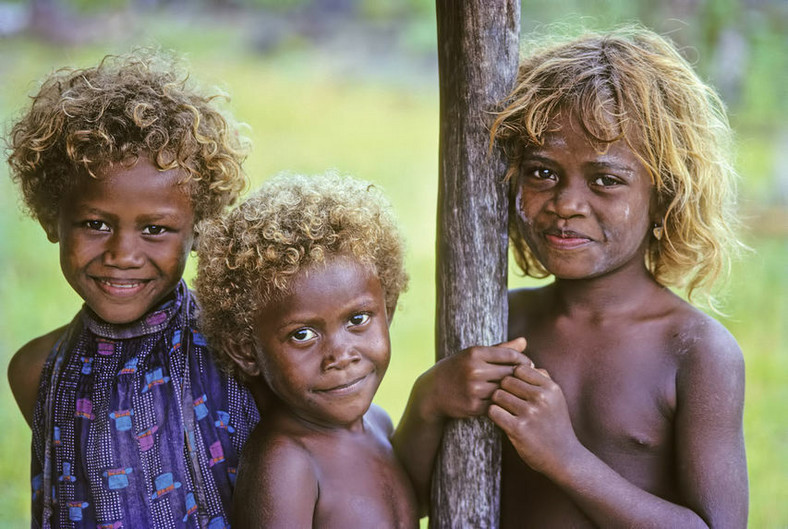 A geneticist from Nova Scotia agricultural college in Canada, Sean Myles, conduced a genetic analysis on saliva and hair samples from 1209 Melanesian Solomon Island residents. From comparing 43 blond Islanders and 42 brown Islanders, he found that the blondes carried two copies of a mutant gene which is present in 26% of the island’s population. The Melanesian people have a native TYRP1 gene which is partly responsible for the blond hair and melanin, and is totally distinct to that of Caucasians as it doesn’t exist in their genes.

It is a recessive gene and is more common in children than in adults, with hair tending to darken as the individual matures. 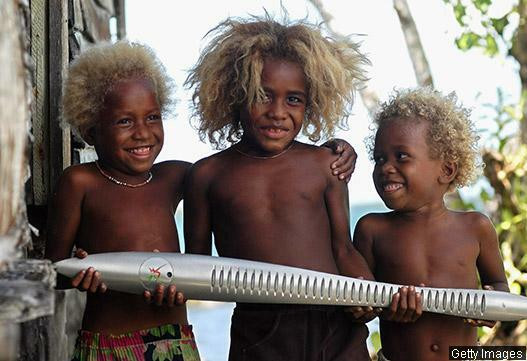 This contributes to the theories that black Africans were the first homo sapiens and that all races came out of the black African race.

Reasons you gain weight when you’re Trying to Lose It

I Could M@sturbate 16 Times A Day And Struggled With The...

Study: Generosity will prolong your life

Female director declines all benefits and penalties based simply on her...

August 30, 2020
© editor@dailyscoopmg.com
We use cookies on our website to give you the most relevant experience by remembering your preferences and repeat visits. By clicking “Accept All”, you consent to the use of ALL the cookies. However, you may visit "Cookie Settings" to provide a controlled consent.
Cookie SettingsAccept All
Manage consent