On Sunday, American Rapper Daniel Hernandez alias Tekashi 6ix9ine was subjected to a major setback after his song GOOBA got pulled down from YouTube over copyright.

Kenyan Music Producer Magix Enga petitioned to the YouTube management to have GOOBA pulled down, with allegations that 6ix9ine sampled beats used in one of his songs.

A cross-check by Pulse Live, indicates that the song was removed from the streaming platform over copyright claims made by Magix Enga.

This video is no longer available due to a copyright claim by Magix Enga,” reads the message.

Earlier on Enga had warned against sampling any of is beats; “Don’t sample my Beats Biggest song Delete By Magix Enga ✌️🇰🇪”. 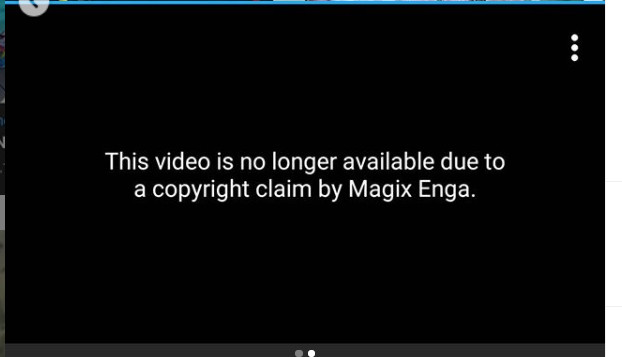 However, the video has been restored back on YouTube and it has over 270 Million views, but Tekashi 6ix9ine is yet to comment on its removal from YouTube.

On May 8, Tekashi made history after his single GOOBA garnered over 43.5 million views within 24 hours, making him the first Hip-Hop artiste to achieve such a milestone. It also made him the first and only solo male act (of any genre) to surpass 40 million views in the time frame (24 hours).

GOOBA broke YouTube’s record of the most-watched hip-hop video in a 24-hour span.

Previously the record of the most watched Hip-Hop song was being held by Eminem‘s ‘Killshot,’ that clocked 38.1 million within 24 hours back in 2018.

This is not that first song that Magix Enga is petitioning YouTube to pull down. In November last year, Harmonize’s Uno got deleted from YouTube after Magix Enga alleged that he had copied the hook and beats used in his song with King Kaka titled Dundaing.

‘Let me marry all of you and all your brothers’ Akothee

© editor@dailyscoopmg.com
We use cookies on our website to give you the most relevant experience by remembering your preferences and repeat visits. By clicking “Accept All”, you consent to the use of ALL the cookies. However, you may visit "Cookie Settings" to provide a controlled consent.
Cookie SettingsAccept All
Manage consent